Home Depot increased its quarterly dividend by 32% to $1.36/share in February, marking the tenth consecutive year of dividend increases for this newly minted dividend achiever. During the past decade, the company has managed to boost distributions at an annualized rate of 16.40%/year. Home Depot started paying dividends in 1987 and kept raising the bar until it kept them unchanged in 2008. After that, Home Depot started growing shareholder distributions again in 2010. I expect dividend growth to slow down during the next recession, and we may even have a couple of years of dividend freezes ( keeping dividends unchanged). But over the long run, the company should be able to grow dividends decade over decade. 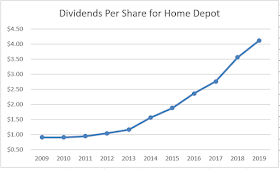 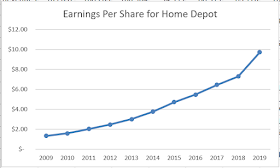 The long-term success of Home Depot is tied to the housing market in North America. Rising home values over time, coupled with aging of homes, new construction, higher incomes are key factors that could trigger more renovations, home remodels and upgrades. Home Depot targets do-it-yourself customers, professional segment (e.g. – homebuilders) as well as contractors or handymen who help those individuals who are not the DYI type.

The company does not have a lot of room for many more store openings in the US. This means that future growth will be generated from improvements in stores, productivity of operations, and expanding product offerings by tapping more on the online channel. Selling online for direct home delivery or pick up in store, while having the store network and distribution centers behind it, is a competitive advantage that online retailers largely do not have at present. A focus on improved customer care should also increase company’s moat further, because customers will be more likely to return to a store where associates are knowledgeable enough to provide value for their needs. Another opportunity for growth include the rise of smart home systems, which may benefit long-term growth.

Home Depot does have a massive scale, being one of the largest home improvements retailers in the US. This means lower per unit costs, and higher margins. Its retail locations are in good spots, which bodes well for traffic. While the number of store locations in the US is not expected to grow materially in the future, international expansion presents an opportunity. 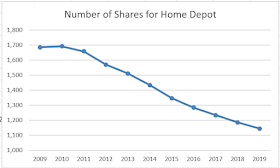 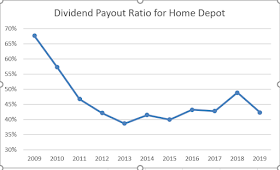